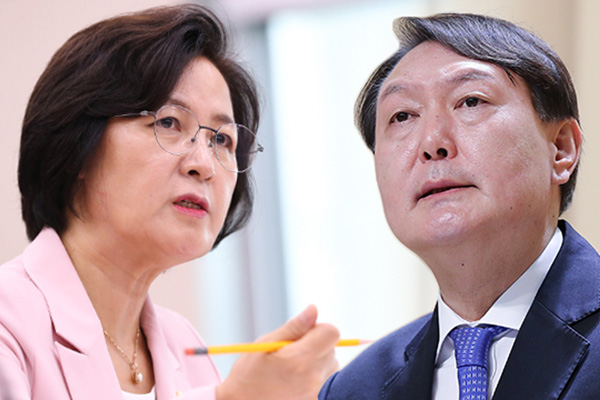 The prosecution has accepted Justice Minister Choo Mi-ae's exercise of authority to command an investigation into a massive financial fraud scandal and allegations involving the top prosecutor's family.

The Supreme Prosecutors Office(SPO) said in a statement that Prosecutor General Yoon Seok-youl has "become unable" to orchestrate the investigation into the fraud case involving Lime Asset Management.

The SPO then expressed hope that investigation teams will meet the people's expectations by bringing justice to all those responsible for the fraud.

Earlier on Monday, the justice minister ordered Prosecutor General Yoon to remove himself from the ongoing investigations into the Lime case and other fraud cases involving Yoon's family, citing the need to ensure a "fair and independent" investigation.