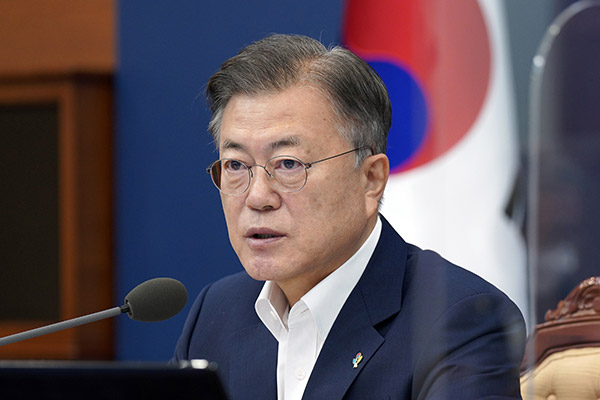 President Moon Jae-in called for a prompt and thorough investigation into Wednesday's building collapse in the southwestern city of Gwangju and to determine who holds responsibility.

According to Moon's spokesperson Park Kyung-mee on Thursday, the president urged the police and Land Ministry to find out whether the demolition approval process was legitimate and that appropriate safety measures were taken.

Expressing regret over the absence of traffic control even after signs of danger were detected at the site, Moon called for stern action against those found responsible.

Sending condolences to all the victims, their families and Gwangju citizens, the president ordered officials to keep them informed of the investigation and to provide support during funerals and medical treatment.

Referring to a similar building collapse in Seoul's Jamwon area in 2019, Moon urged officials to check up on prevention systems and seek ways to improve them.
Share
Print
List