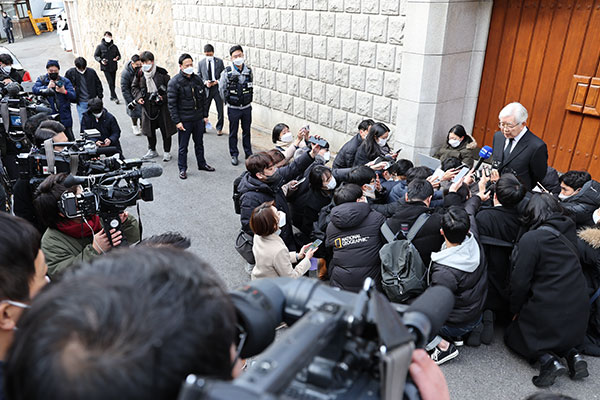 Activists expressed deep frustration over late former President Chun Doo-hwan's death, saying they will continue to seek the truth of the violent crackdown on the May 18 pro-democracy uprising.

Related organizations including the May 18 Memorial Foundation held an emergency press conference on Tuesday, saying Chun's death will not make the truth disappear, and that they will eventually hold principal offenders responsible for the crackdown.

They strongly criticized Chun for evading responsibility and deceiving the judiciary and the people. They also vowed to continue efforts to seek the truth and reveal all of Chun’s criminal acts, even after his death.

The former president’s sudden death comes in the middle of a libel case against him. Chun was sentenced to eight months in prison, suspended for two years, in the first ruling, but the court is expected to drop the case in the absence of the accused.

Chun was accused of defaming a late Catholic priest who testified to witnessing the president’s troops shooting from helicopters at demonstrators during the Gwangju Uprising.
Share
Print
List