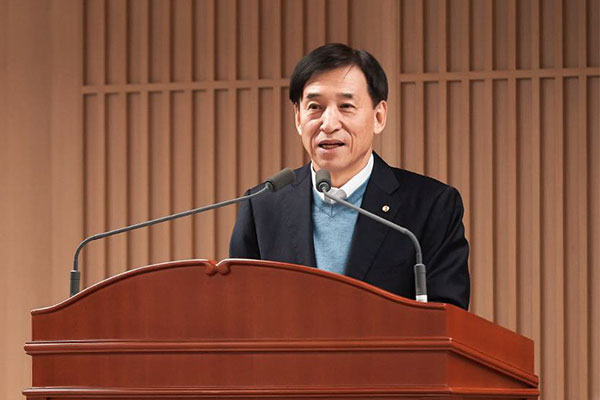 He made the remark in an online press hearing following Thursday’s monetary policy meeting where the interest rate was raised by point-25 percentage points to one percent, ending 20 months of a zero-bound rate.

Lee stressed that the rate is still at an accommodative level that does not overly tax the real economy considering next year's growth and inflation projections.

He analyzed that the rate is still below the neutral level as the real rate remains in the minus range with plenty of liquidity.

The governor forecast other major central banks to raise their base rates, noting that the reason behind the hike is not to tighten but to normalize the economy.
Share
Print
List