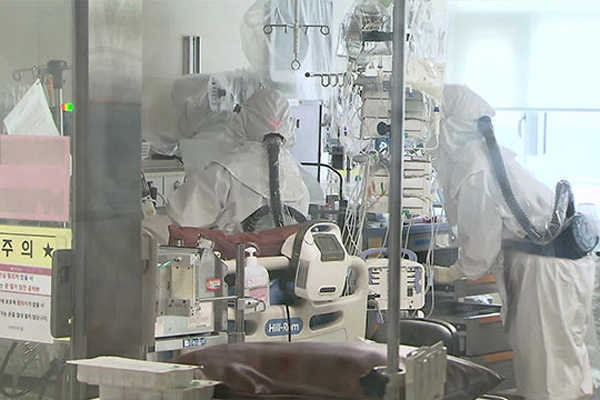 More than 90 percent of ICU beds for critically-ill COVID-19 patients are now occupied in Seoul.

According to the health ministry on Tuesday, 314 out of 345 ICU beds in the capital city were occupied as of 5 p.m. Monday, posting an occupancy rate of 91 percent. That’s up three-point-two percentage points from the previous day.

This means there are only 31 ICU beds for seriously-ill COVID-19 patients in Seoul, 33 in Gyeonggi and 13 in Incheon.

The number of COVID-19 patients suffering from serious symptoms has remained in the 600s for the sixth consecutive day. On Monday, the figure climbed to a record 661, further raising concerns about the lack of ICU beds.
Share
Print
List