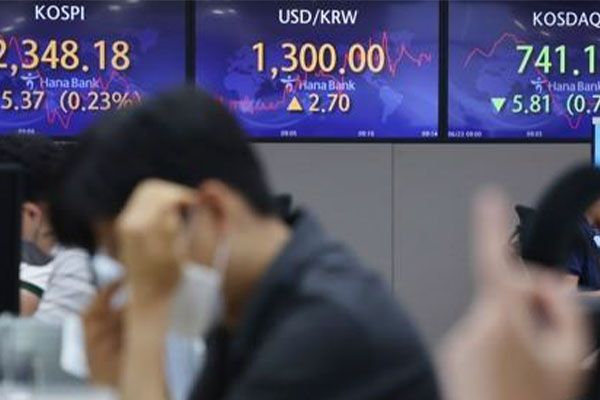 The won-dollar exchange rate surpassed the one-thousand-300 won mark for the first time in about 13 years on Thursday.

On the Seoul foreign exchange, the local currency was trading at one-thousand-300-point-four won against the dollar at 9:19 a.m., up three-point-one won from the previous day.

The won-dollar rate exceeded the mark during trading for the first time in 12 years and eleven months since July 14 in 2009, when it hit one-thousand-303 won against the dollar.

Powell told the Senate Banking Committee on Wednesday that achieving a soft landing without tipping the economy into a downturn would be "very challenging."

He said that over the coming months, the Fed will be looking for compelling evidence that inflation is moving down to two percent, adding that ongoing rate increases will be appropriate.
Share
Print
List