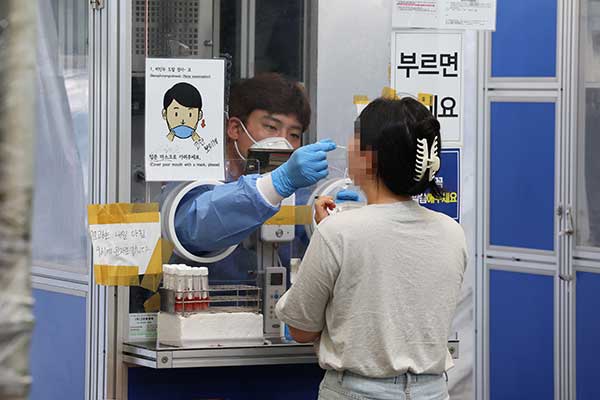 Daily COVID-19 cases remained above 100-thousand for a fourth day amid the continued rise in infections.

The Korea Disease Control and Prevention Agency said Friday that 112-thousand-901 infections were reported throughout the previous day, including 497 from overseas.

The country's cumulative caseload came to about 20 million-273-thousand.

The daily tally rose by five-thousand from a day ago and remained above 100-thousand for the fourth consecutive day. The figure increased one-point-three times from a week ago and one-point-six times from two weeks ago.

The number of imported cases remained above 400 for the fifth straight day at 497.

The number of critically ill patients rose by ten from the previous day to 320, the largest in 79 days. The figure increased nearly one-point-four times from a week ago and two-point-five times from two weeks ago.