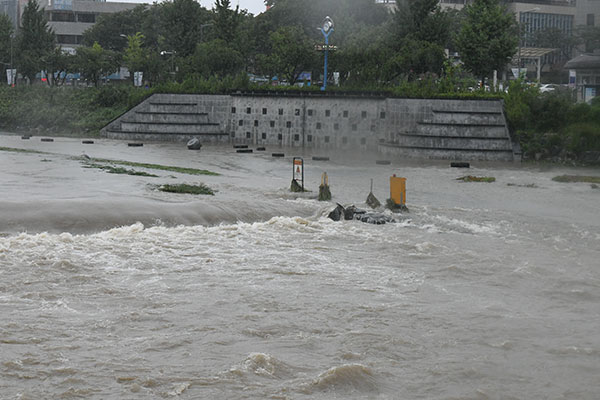 The death toll from this week's record rainfall that pummeled the central region has climbed to eleven while eight others remain missing.

According to the Central Disaster and Safety Countermeasures Headquarters, as of 3 p.m. Thursday, a total of eleven people are confirmed dead – six in Seoul, three in Gyeonggi Province and two in Gangwon Province. Sixteen people – all from Gyeonggi Province – were injured, while eight others remain unaccounted for.

Over one thousand people from 630 households, mostly from Seoul and Gyeonggi Province, have been displaced, while about 53-hundred people had to evacuate temporarily nationwide.

Around 38-hundred private homes and commercial structures, mostly in Seoul, were submerged, and more than 300 hectares of farmland were flooded.

A total of 59 landslides have been reported so far.

More than 92 percent of public facilities hit by the downpours were restored as of Thursday morning.
Share
Print
List