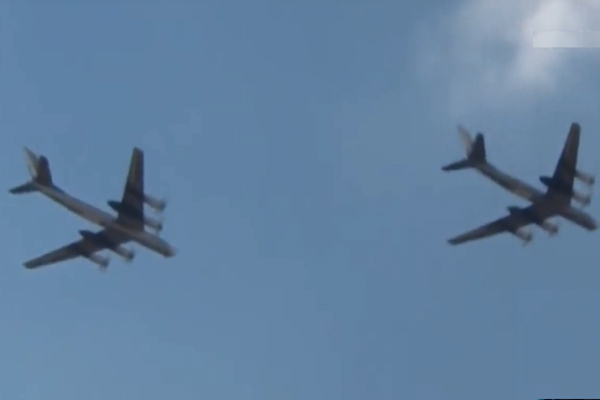 Russia's Defense Ministry said on Tuesday that it carried out its first joint long-range air patrol with China in the Asia Pacific region and that it did not violate the airspace of other countries.

Among the group, a Russian A-50 early warning and control aircraft entered Korean airspace near the Dokdo islets twice, prompting South Korean F-15K and KF-16 fighter jets nearby to fire flares and 360 warning shots.

Japan, which claims Dokdo as its own, says it also scrambled fighter jets in response to the airspace violations and has lodged formal complaints against both Moscow and Seoul.
Share
Print
List