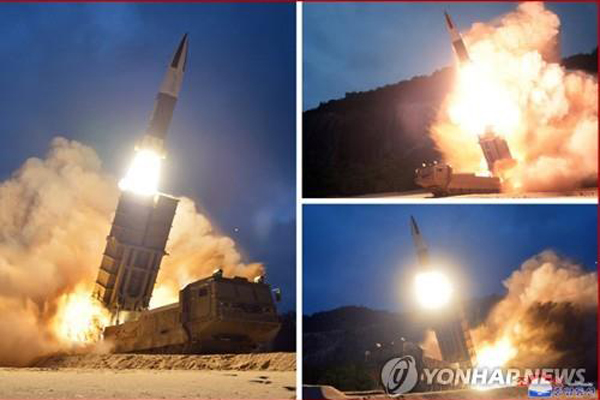 The KCNA said that Kim guided the test launch of "another new weapon system" which was developed to suit the country's terrain condition and has an "advantageous tactical character different from existing weapon systems."

Shin Jong-woo, a representative secretary of the Korea Defense and Security Forum, assessed the North's new weapon as a tactical surface-to-surface missile similar to the U.S. missile system. He added that the new missile seemed to be one that disperses its submunitions from the warhead.

If assessments are correct, North Korea in recent months has test-fired short-range ballistic missiles presumed to be KN-23s, a modified version of a Russian Iskander missile, a large-caliber multiple rocket launcher system and the new surface-to-surface missile.