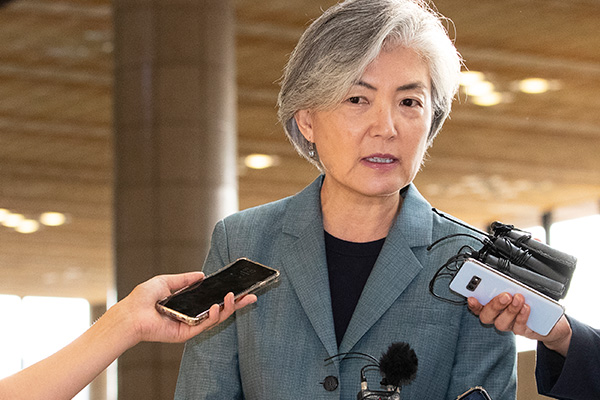 South Korean Foreign Minister Kang Kyung-wha departed for a three-day trip to Beijing Tuesday, where she will meet with top Chinese and Japanese diplomats.

Kang will hold talks with her Chinese and Japanese counterparts, Wang Yi and Taro Kono, on Wednesday morning to discuss and coordinate agenda items for a possible trilateral summit later this year.

After the three-way talks, Kang will reportedly hold separate bilateral talks with Wang and Kono.

Kang told reporters Tuesday that she is also prepared to discuss the ongoing Seoul-Tokyo trade row, and that the government is still reviewing whether to extend a military intelligence sharing agreement with Japan.