Moon Orders Prosecution to Clamp Down on Internal Irregularities 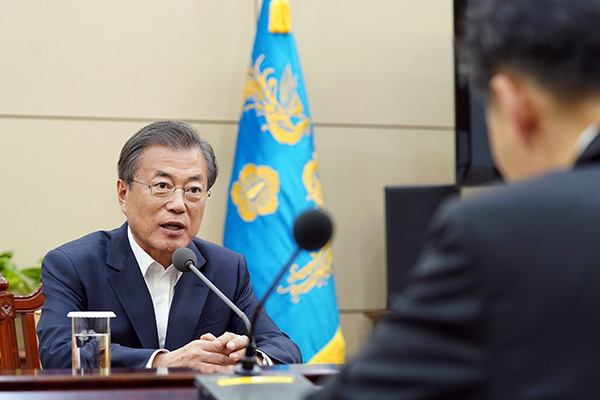 President Moon Jae-in has ordered the prosecution and the justice ministry to draft measures to strengthen internal capabilities to root out and prevent corruption involving insiders.

During a meeting with Vice Justice Minister Kim O-su and senior prosecutor Lee Sung-yoon at the top office on Wednesday, Moon pointed out that internal audit and inspection systems within their agencies have not functioned efficiently.

The president also called for swift implementation of the prosecution reform plan announced by former Justice Minister Cho Kuk and instructed officials to receive all necessary Cabinet approval for the reform measures within this month.
Share
Print
List