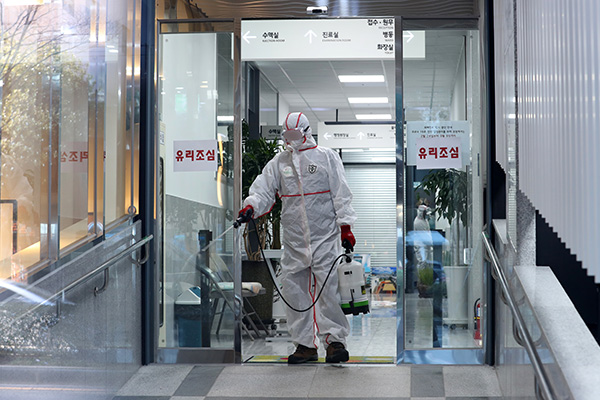 South Korea reported 161 new cases of the novel coronavirus as of 9 a.m. Monday, bringing the total number of infections to 763. The figure is higher than the 643 infections reported on a virus-hit cruise ship in Japan.

The central disaster management headquarters also confirmed one more person had died of COVID-19, bringing the virus-related death toll in the nation to seven.

The latest victim was a 62-year-old South Korean man who had been bed-ridden at Daenam Hospital in Cheongdo County in North Gyeongsang Province, one of the country’s major outbreak spots. Of the total deaths in the nation, now five are related to Daenam Hospital.

Among the new cases of infection, 129 were connected to the Shincheonji church in the southeastern city of Daegu, where a large number of cases have been reported over the past few days.

Of the total confirmed cases in the country, more than 450 are connected to the church.
Share
Print
List