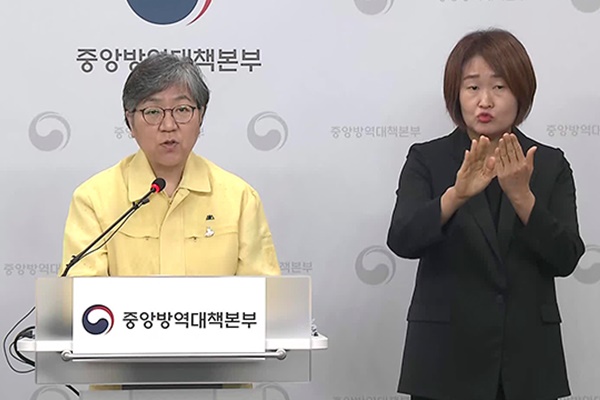 Health authorities warn that the greater Seoul area or even the whole country could face a mass coronavirus outbreak unless people stay vigilant.

Korea Centers for Disease Control and Prevention Director Jeong Eun-kyeong issued the warning in a regular media briefing on Friday, diagnosing the current situation in the Seoul metro area as “grave.”

Jeong pointed to the rapid spread of infections that led to a doubling of confirmed cases in a single day as well as a growing number of cases whose routes of transmission remain unknown, which account for 13 percent of the recent cases.

She said the country is at a crossroads and needs to decide whether to maintain the current social distancing regime or to upgrade it to a more stringent second-level, adding there is even a possibility of the virus spreading nationwide en masse.

Noting that the latest cases of infection may indicate the public’s increasing complacency, the KCDC chief urged people in the country to fully abide by quarantine rules and also asked them to refrain from religious or political gatherings during the three-day holiday weekend.
Share
Print
List