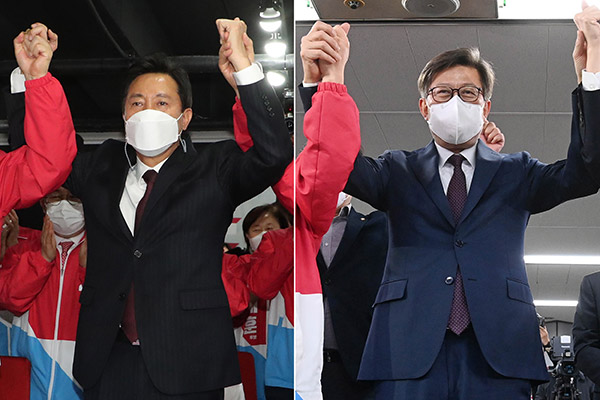 In the Busan mayoral race, the PPP’s Park Heong-joon is also certain to have secured a sweeping victory against his DP rival Kim Young-choon.

Both DP candidates admitted their defeat soon after ballot counting began as they were trailing their rivals by large margins.

The winners will gain mayoral status as soon as the election results are confirmed, serving as mayor until June 30 of next year.

The mayoral by-elections were called after the previous mayors - Park Won-soon in Seoul and Oh Keo-don in Busan, both affiliated with the liberal party - left the posts last year amid sexual harassment allegations.

The by-election results are viewed as a bellwether for next year's presidential election, with one-fourth of total voters participating.
Share
Print
List