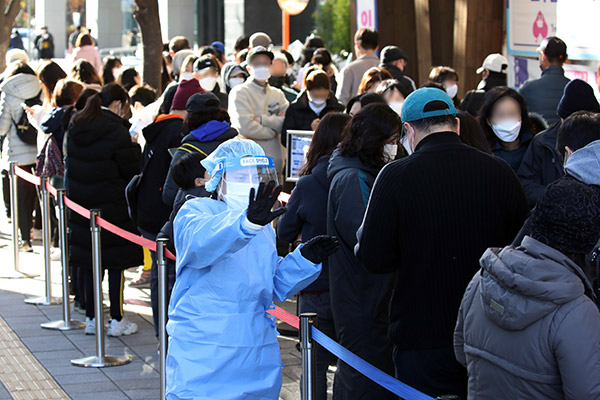 The COVID-19 caseload in Seoul has hit a fresh record high about two weeks after the nation began a transition into living with the virus.

After the previous record was set on September 24, daily cases in the capital city had been dropping through October 18 at 298 before rising again to over one-thousand on November 2.

Meanwhile, Gyeonggi Province reported 964 new cases from Tuesday, the third highest figure for the province since the start of the pandemic.
Share
Print
List