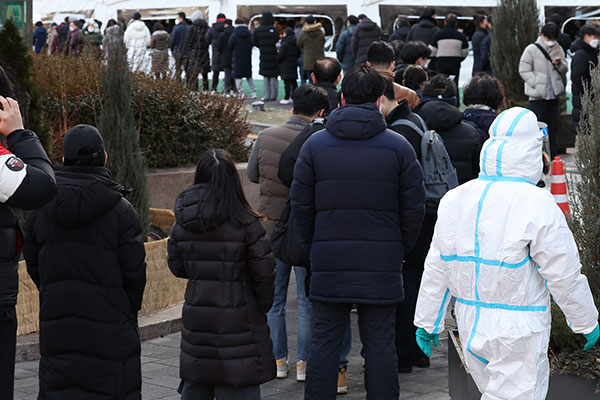 Daily COVID-19 cases surpassed eight-thousand for the first time to hit a record high on Tuesday amid the rapid spread of the highly transmissible omicron variant.

The Korea Disease Control and Prevention Agency(KDCA) said Tuesday that eight-thousand-571 new infections were detected throughout the previous day, raising the total caseload to 749-thousand-979.

It marks the first time the daily tally topped eight-thousand since the nation reported its first confirmed case on January 20, 2020.

The daily figure jumped by over one-thousand from the previous day. As the omicron variant has become the dominant strain, experts expect the daily tally may surpass ten-thousand within this week.

The number of critical patients, however, is on a steady fall, dropping by 26 to 392. The figure fell to 300s after staying above 400 for five straight days.