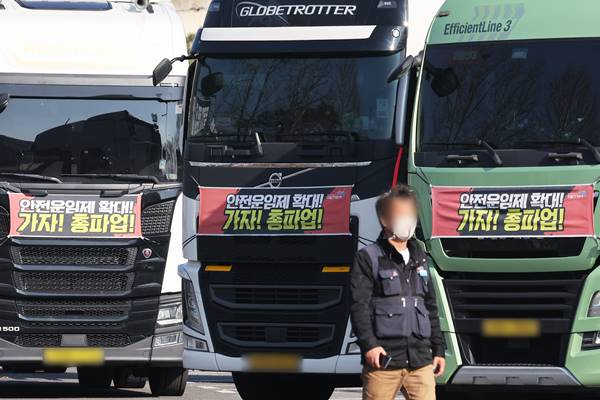 The 16 regional branches of the Cargo Truckers Solidarity under the Korean Confederation of Trade Unions will simultaneously hold a ceremony launching the strike at 10 a.m. at major ports and industrial complexes, where they will block the entry and exit of cargo.

The truckers are demanding that the government extend a safe trucking freight rates system set to expire at the end of this year. The temporary three-year policy was designed to prevent overwork and overloading and guarantee minimum freight rates for truck drivers.

The unionized truck drivers are also demanding wider coverage of the system, which currently applies to just container and cement trucks, or six-point-two percent of all trucks for business purposes.

The government and the ruling party on Tuesday proposed a three-year extension but voiced opposition to expanding coverage.