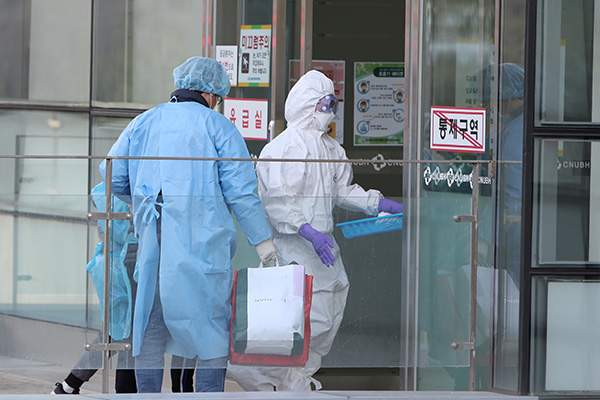 The central quarantine headquarters under the Korea Centers for Disease Control and Prevention(KCDC) on Wednesday reported 293 cases of COVID-19 compiled between 12 a.m. an 4 p.m. Together with 516 cases from Tuesday that had been announced earlier in the day, the national tally now stands at five-thousand-621.

The death toll rose to 33 after a 67-year-old woman died at a Daegu hospital on Wednesday, a week after she was diagnosed with the disease.

Seven more patients were discharged from quarantine, lifting the number of those fully recovering from the virus to 41.

As of 12 a.m. Wednesday, the hard-hit city of Daegu and its surrounding North Gyeongsang Province reported a combined four-thousand-780 cases, accounting for 89-point-seven percent of nationwide cases.

More details regarding the patients confirmed Wednesday, including where they are from, will be available on Thursday.
Share
Print
List