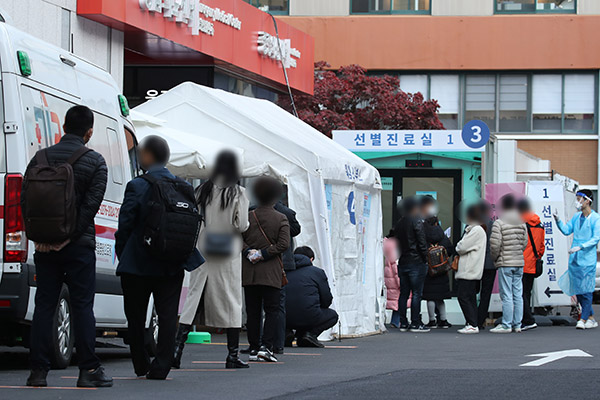 The Korean Disease Control and Prevention Agency(KDCA) said Tuesday that the new cases raised the country's accumulated caseload to 31-thousand-353.

Of the new cases detected throughout Monday, 320 were local transmissions, while 29 were imported.

The daily figure jumped by 78 from the previous day to surpass 300 again, just a day after it fell back into the 200s for the first time in six days.

Of the 320 local cases, 217 came from the capital region with 132 in Seoul, 69 in Gyeonggi Province and 16 in Incheon. The number for the greater Seoul area remained above 200 for the fifth consecutive day.

One more coronavirus death was reported, raising the death toll to 510. The fatality rate stands at one-point-63 percent.