Over 150 Dead in Crowd Crush in Itaewon Halloween Festivities 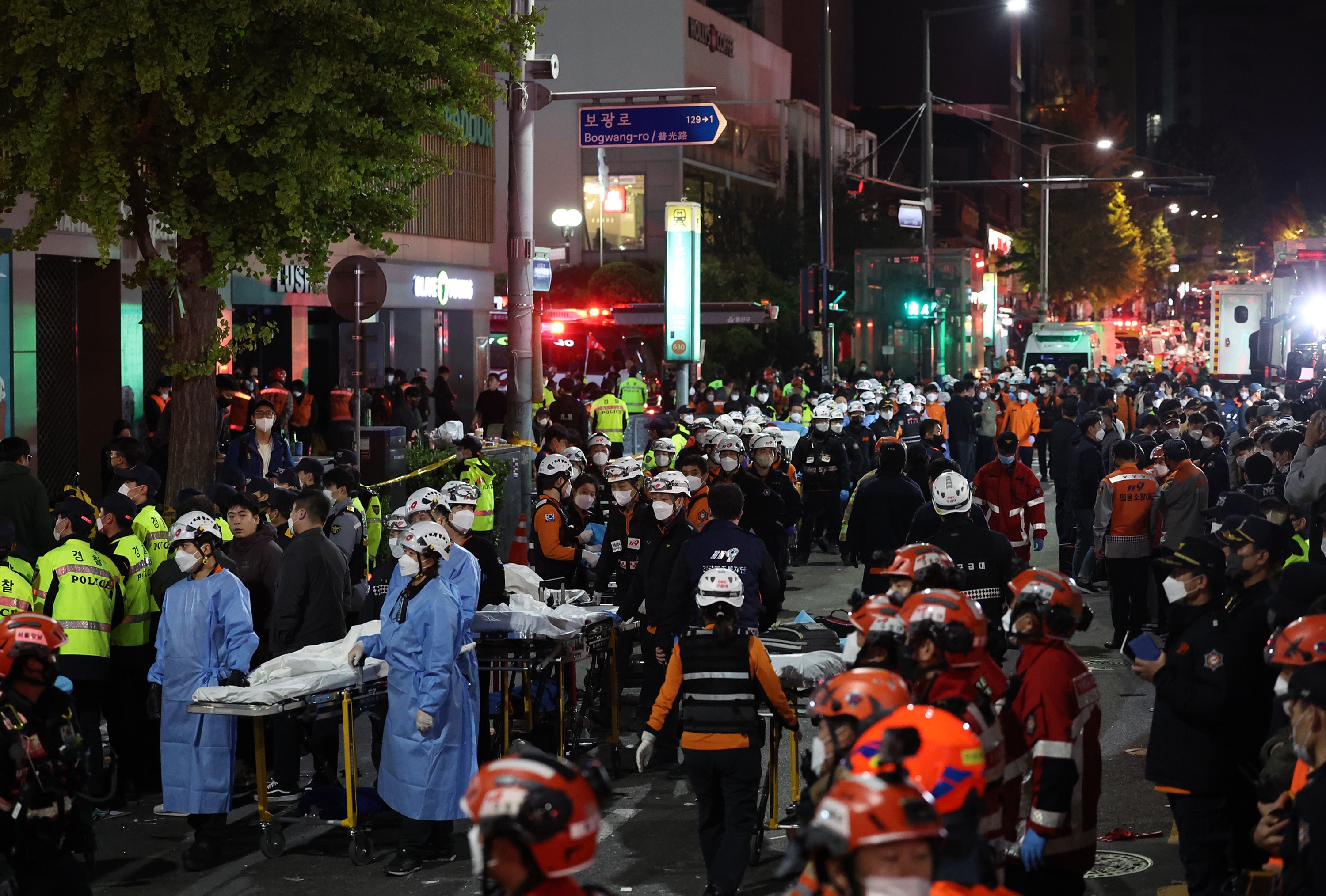 Anchor: At least 154 people were killed and many others were injured in a crowd crush during Halloween festivities in Seoul late Saturday night. Officials and witnesses explained that the victims were crushed as a large crowd pushed forward on a narrow hill in Seoul's Itaewon neighborhood.
Kim Bum-soo has more.

Report: More than 150 people have been killed in a crowd crush in central Seoul where massive crowds had poured into the streets to celebrate Halloween.

According to authorities, 154 people have been pronounced dead and over 130 people were injured in the accident that occurred Saturday night in the international tourist neighborhood of Itaewon, Yongsan District in the capital city.

Among the dead, at least 26 are foreigners from 14 countries including, Iran, Uzbekistan, China and Norway, according to the Korean National Police Agency.

The police confirmed the identities of 153 out of 154 victims and notified their families.

[Sound bite: Choi Seong-beom - chief, Yongsan district fire department (Korean-English)]
"The accident occurred around 22:22 (10:22 p.m.) on October 29, 2022. The location of the accident was the area of Itaewon-dong 119-7 in the Yongsan district. The cause is under investigation. The accident happened when a large number of people who were participating in the Halloween festival fell down, resulting in many deaths of the participants."

Witnesses said that the deadly incident occurred on a hill near Itaewon's Hamilton Hotel where people at the top fell over, causing a massive crowd crush at around 10:20 Saturday night.

[Sound bite: Male witness 1 (name not provided/Korean-English)]
"Because there were many people on a hill, people from the top side pushed others and as they all collapsed due to the weight, those at the bottom side of the hill were pushed and crushed to death in a pile up."

[Sound bite: Female witness 1 (name not provided/Korean-English)]
"It was all congested but at one point, they crowd all went down at once. I heard people telling others, 'do not push,' 'do not push,' but then all such sounds stopped and I heard only screams."

[Sound bite: Male witness 2 (name not provided/Korean-English)]
"I was drinking at a narrow alley, and I saw citizens carrying those who fell on their backs one by one. At first, we saw three to four but as more people came down, we realized that this is real. We all came out to help them and provide CPR."

Paramedics performed cardiopulmonary resuscitation(CPR) on victims at the site of the incident. A total of 142 fire engines and other rescue vehicles have been mobilized to deal with the tragic accident.

The president then moved to Seoul City Hall, where he held another meeting with key ministers and aides.