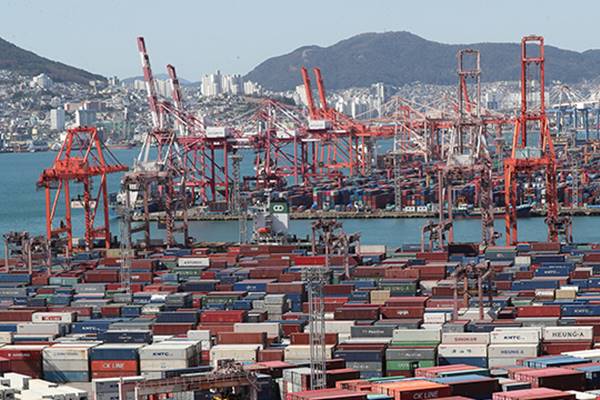 Anchor: The country's exports shrank some 14 percent on-year in November, the second consecutive monthly decline, amid an economic slowdown. With soaring energy prices leading to a spike in imports, the nation posted a trade deficit for the eighth straight month.
Choi You Sun reports.

Report: The Ministry of Trade, Industry and Energy announced on Thursday that the nation’s outbound shipment reached 51-point-nine billion dollars in November, down 14 percent from a year earlier.

The growth momentum carried on through September this year before exports contracted in October compared to last year and dipped further in November.

Although exports to the United States and the Middle East rose during the same period, shipments to China tumbled by 25 percent along with a 14 percent slump in exports to Southeast Asia.

Imports, on the other hand, gained two-point-seven percent on-year, with a sharp spike topping 27 percent in energy products such as crude oil, gas and coal.

The resulting trade deficit totaled seven billion dollars last month, continuing an eight-month streak of losses. It is the first time since the Asian financial crisis in the late 1990s that the trade deficit stayed in the red for eight or more consecutive months.

In response, the government has pledged to diversify the nation's export items and to reinforce customized strategies for each target market.
Choi You Sun, KBS World Radio News.
Share
Print
List