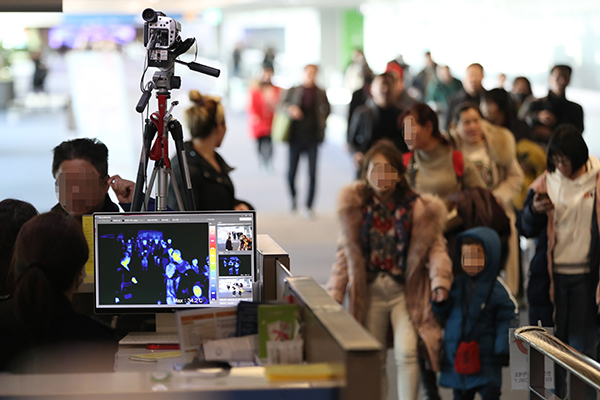 Four more people with pneumonia-like symptoms are being monitored as South Korea is on high alert following the country's first reported case of a new strain of coronavirus that has been plaguing China.

The Korea Centers for Disease Control and Prevention said Wednesday that the four people developed a fever and coughing within 14 days of entering South Korea from the central Chinese city of Wuhan.

The agency said it is currently conducting so-called pan-coronavirus tests on the four people, adding that test results are due to be out later in the day.

As of nine a.m. Wednesday, a total of 16 people have been monitored in South Korea after showing pneumonia-like symptoms.

One is the 35-year-old Chinese national who is the first confirmed case of the illness in South Korea. She’s currently in stable condition and being treated in quarantine at a state-designated hospital.

Eleven of the 16 people have been released from isolation after testing negative for the new coronavirus.

Since the first confirmed case last month, China has reported 309 infections of the coronavirus as of Wednesday morning. Similar cases have also been reported in Japan, Thailand, Taiwan and the U.S.
Share
Print
List