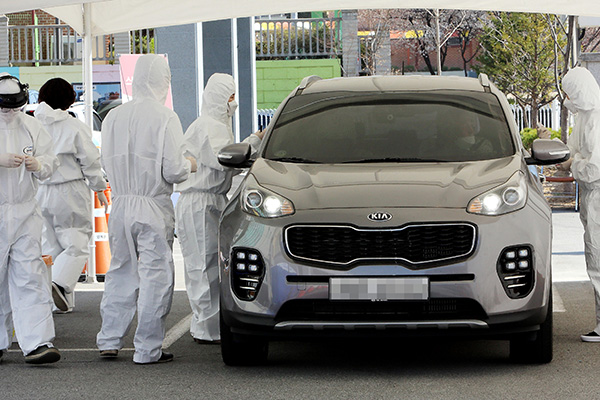 South Korea has added less than 50 coronavirus cases for the second consecutive day.

The Korea Centers for Disease Control and Prevention(KCDC) on Tuesday reported there were 47 new patients in the past 24 hours as of 12 a.m. The same number of cases were reported from Sunday, but the number of tests nearly doubled during the two-day period from five-thousand-571 to 10-thousand-500.

Fourteen out of the latest cases were from the Seoul metropolitan area, including 10 cases in Gyeonggi Province, while Daegu reported 13.

Recent arrivals from overseas accounted for nearly 36 percent of the new cases, including 14 detected at airport quarantine booths and three reported by local authorities.

The virus-related death toll has grown to 192, including six deaths on Monday, while a total of six-thousand-694 patients have been released from quarantine so far after making full recoveries.
Share
Print
List