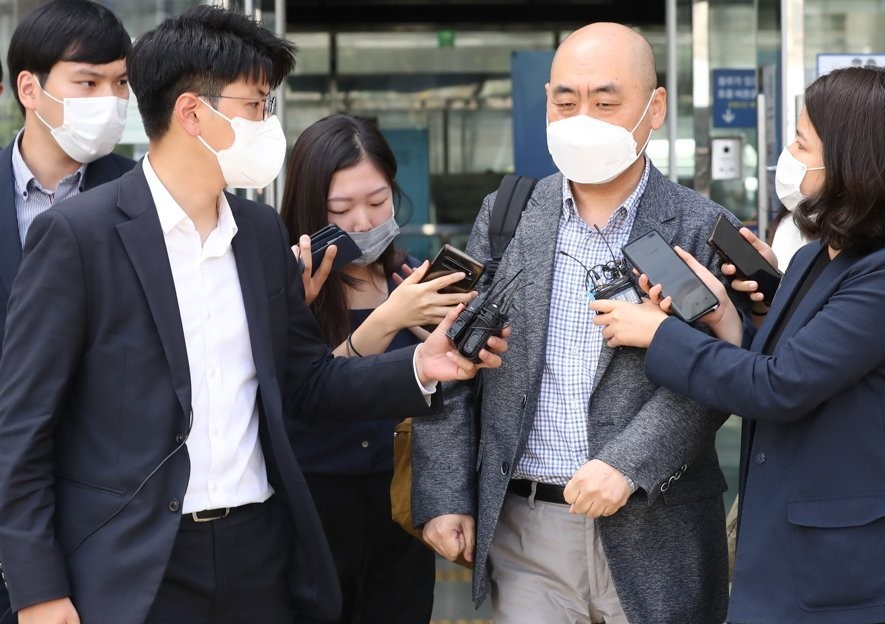 Police questioned the chief of staff of late Seoul Mayor Park Won-soon, as part of their investigation into the events that led to Park's apparent suicide last Thursday.

After a three-hour questioning by the Seoul Seongbuk Police Station on Wednesday, former chief of staff Koh Han-seok declined to discuss details, saying he last spoke to Park over the phone at around 1:39 last Thursday.

The former aide said he did not know if Park's adviser on gender issues had informed the mayor about the sexual harassment allegations made by his former secretary the previous day.

In addition to searching the contents of Park's mobile phone, police plan to look into his call history after obtaining a search warrant.

Meanwhile, a separate investigation is also under way into secondary damage inflicted on the former secretary after she accused Park of sexual harassment.
Share
Print
List