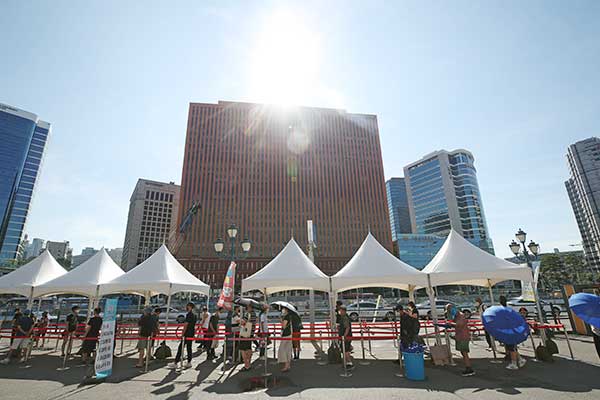 A fresh record of one-thousand-896 COVID-19 cases were reported on Wednesday in South Korea.

The Korea Disease Control and Prevention Agency(KDCA) on Wednesday announced the new infections compiled throughout the previous day, raising the country's cumulative caseload to 193-thousand-427.

The daily figure soared by over 530 from the previous day to post the largest amount since the nation reported its first confirmed case in January last year.

Of the new cases, one-thousand-823 were local transmissions and 73 were from overseas. It marks the first time local cases topped 18-hundred.

Four more deaths have been reported, bringing the death toll to two-thousand-83. The fatality rate stands at one-point-08 percent.