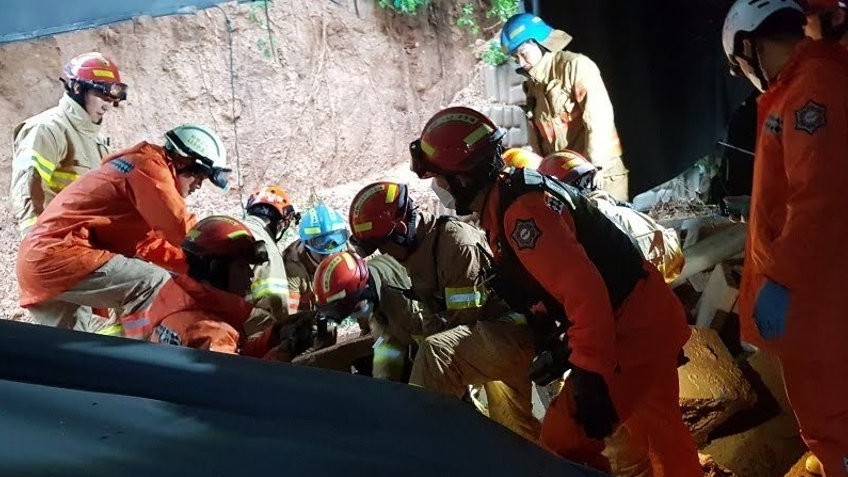 A mudslide triggered by ongoing downpours in the nation’s central region hit a semiconductor component assembly plant in Pyeongtaek, Gyeonggi Province, on Monday, killing at least three workers there.

A total of four workers were initially trapped in the mudslide from a nearby mountain before being rescued after an hour, at around 12:20 p.m.

Three were found unconscious and declared dead upon arrival at a hospital, while the other sustained serious injuries, including multiple fractures.

Pyeongtaek was inundated by more than 130 millimeters of rain just in the morning hours with cumulative precipitation in the city since last Wednesday amounting to 395 millimeters as of Monday noon.

In case there are more workers affected by the landslide, safety authorities are continuing their search and rescue mission.
Share
Print
List