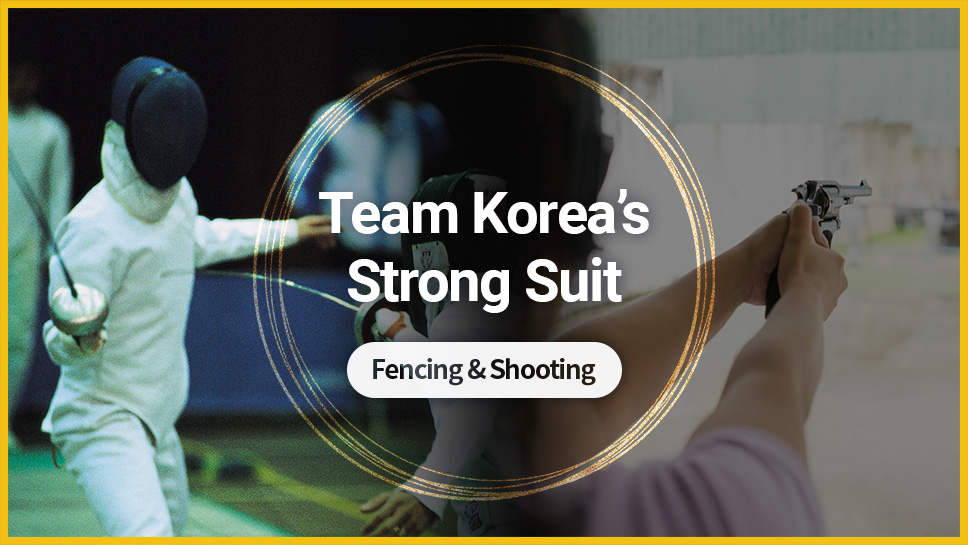 1. Fencing and South Korea’s Success in the Events

Since the 2000 Sydney Games, fencing has become a medal-winning event for South Korea.

In Sydney, Lee Sang-ki brought home the country’s first Olympic medal in fencing, a bronze in the men’s epee, followed by Kim Young-ho’s gold medal in the men’s foil event. This has helped the country become a powerhouse in international fencing, which had been dominated by European nations.

While no medals were won in fencing at the 2004 Athens Games, Nam Hyun-hee revived the medal momentum at the 2008 Beijing Games, bringing home a silver medal from the women’s foil event. Gold, silver and bronze medals were won by the national team at both the 2012 London and 2016 Rio Games.

There were some dramatic moments in fencing, including an infamous officiating incident involving epee fencer Shin A-lam in London, as well as a major turnaround by epee fencer Park Sang-young in the men’s gold match in Rio, during which he was caught on the camera telling himself that he can do it.

2. More Gold Medals up for Grabs in Tokyo

The South Korean national team has secured entry for all individual and team events in sabre and epee and only individuals for foil. Led by Oh Sang-uk, the national team is vying for golds in men’s individual and team sabre events. Gu Bon-gil and Kim Jung-hwan both have world-class capacity, and the trio is ranked the world’s number one as a team. It is quite possible that two gold medals could come from men’s sabre alone.

There is also Kim Ji-yeon, the 2012 Olympic champion in women’s sabre, who is preparing for what is likely going to be her final Olympic competition.

There are 15 gold medals in shooting at the Tokyo Olympics. There were nine in men’s events and six in women’s up until the 2016 Rio Games. But after it was pointed out that such imbalance goes against the spirit of gender equality, the International Shooting Sport Federation(ISSF) abolished the men’s 50-meter pistol, 50-meter rifle prone and double trap, while adding mixed team events. In Tokyo, there will be six men’s, six women’s and three mixed events.

If Jin, who already has six Olympic medals under his belt, adds more in Tokyo, which is his fifth Olympic entry, he will break his own record and that of archery legend Kim Soo-nyung to become the South Korean athlete with the most Olympic medals.

4. Other Shooting Athletes to Look Out For

South Korea has secured 15 Olympic entries from international competitions, which means 15 athletes on the national team are aiming to win gold in Tokyo.

Aside from Jin, Kim Min-jung and Kim Bo-min in women’s pistol are being considered as potential medalists.

In women’s rifle, Kwon Eun-ji, the youngest member of the team, is the one anticipated to make a name for herself. Kwon broke two records in South Korea, including an unofficial world record, during April’s national squad preliminaries. If Kwon places in the Top Three, it will be the first time in 21 years since Kang Cho-hyun’s silver medal win at the 2000 Sydney Games, for the country to win a medal in women’s rifle.

Shooting events in Tokyo are scheduled to be held at Tokyo’s Asaka Shooting Range from July 24 to August 2.