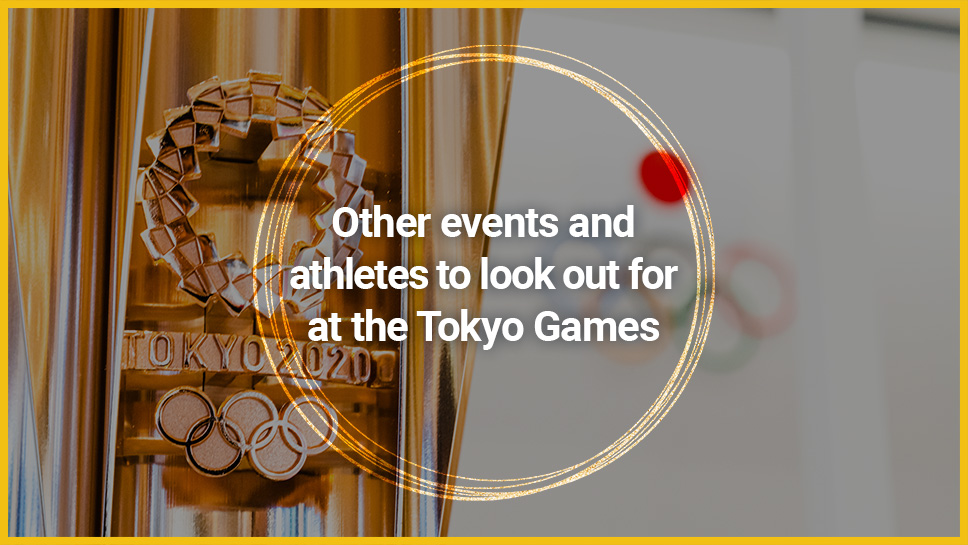 Other events to look out for

Modern pentathlon is an event in which South Korea hopes to win a medal 57 years after the country first competed at the 1964 Tokyo Olympics. Jun Woong-tae and Jung Jin-hwa are the rising male stars on Team Korea.

Jun, who is the 2018 Asian Games champion, currently ranks fourth in the world, having won a bronze medal at the 2019 World Championships and claimed the title at the International Modern Pentathlon Union(UIPM) World Cup held in Sofia, Bulgaria in April. Jung, who is the national team’s oldest member, will vie to fulfill the dream of winning a medal in his third consecutive Olympic qualification since the 2012 London Games.

South Korea also hopes to win a medal in cycling for the first time in 73 years. There are 22 gold medals up for grabs, and Lee Hye-jin in cycling track and Na Ah-reum in cycling road are the medal prospects.
In wrestling, which traditionally has brought home medals, only Ryu Han-su and Kim Min-seok qualified for the Games. While young table tennis players like Jang Woo-Jin and Shin Yu-bin have been showing much growth in the past two to three years, raising hopes for a medal, China’s national squad, appropriately named the “Great Wall of China,” will be hard to scale as they swept the Rio Games and took every possible gold medal.

nternational Sports Stars: Major names that will and will not be seen in the Games

Some of the world’s greatest athletes in tennis, including Rafael Nadal and Serena Williams, have announced they will not be participating in the Tokyo Olympics. Golf stars like Dustin Johnson, Sergio Garcia, and Adam Scott will also be absent.

But with Slovenia competing in the men’s basketball at the Olympics for the first time, the Tokyo Games are expected to feature many NBA stars, including Luka Doncic.

Another renowned Olympian to watch out for is Kenya’s long-distance runner Eliud Kipchoge. Kipchoge, who broke the world record by completing a full marathon course in just over two hours in 2018, will return to the Olympics to reclaim his championship.

New Events in the Tokyo Games

The International Olympic Committee(IOC) selected five new sports at the Tokyo Games: baseball/softball, surfing, skateboarding, sport climbing and karate. Baseball/softball is new in the sense that it hasn’t been an event since the 2008 Beijing Games.

While baseball/softball and karate are popular in the host nation, the decision to include sport climbing, skateboarding and surfing is considered the IOC’s “trump card” to attract young people around the world.

Sport climbing has become familiar in South Korea thanks to the country’s star athlete Kim Ja-in. Kim, however, came short of winning an Olympic ticket after the qualifying tournament was called off due to the pandemic. The qualifications were later decided based on world ranking, and for climbers in Asia who had yet secured Olympic entry, they were selected based on performance in the 2019 World Championships. Seo Chae-hyun and Chon Jong-won will represent the country for women’s and men’s events, respectively.

The sport is divided up into three disciplines of lead, bouldering and speed. Lead involves athletes attempting to climb as high as they can on a wall measuring 15 meters in height within six minutes. In bouldering, athletes will try to climb as many fixed routes as they can in the least number of attempts within four minutes, without safety ropes, on a four-point-five-meter-high wall equipped with safety mats. In speed, two climbers attempt to scale a 15-meter-high wall faster than their opponent and tap the buzzer at the top. While a winner is announced for each discipline at the World Cup, medals at the Olympics will be decided based on a combined score from the three disciplines.

Representing Great Britain’s skateboarding team will be 13-year-old Sky Brown, who was born to a British father and a Japanese mother. Brown made headlines when she won a bronze medal at the 2019 World Championship at the age of eleven. Competing for Japan is Kokona Hiraki, who, at 12-years-old, will be the country’s youngest athlete in history to enter the Summer Olympics. American Nyjah Huston, considered one of the world’s most influential athletes in the sport, has been named the prospective gold medalist.

In surfing, while the U.S. and Australia are traditional powerhouses, Brazil is an up-and-coming medal contender in the sport.